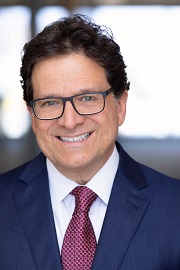 Mr. Attanasio is the Co-Founder and Managing Partner of Crescent Capital Group LP, supervising the firm’s public and private market activities. He is also Chairman and Principal Owner of the Milwaukee Brewers Baseball Club. Mr. Attanasio holds positions on several not-for-profit boards, including Heal the Bay, the Los Angeles County Museum of Art (LACMA), LA2028 Olympic Committee, and Harvard-Westlake School (“H-W”). In addition, Mr. Attanasio served on the President’s Leadership Council at Brown University for a decade and is a member of the Student Life Visiting Committee at MIT. He is currently Chairman of the Investment Committee for Major League Baseball (MLB), as well as a member of the Labor Policy Committee. He is also the co-Chairman of the Investment Committee for LACMA and H-W. Mr. Attanasio received an A.B. from Brown University and a J.D. from Columbia University School of Law.