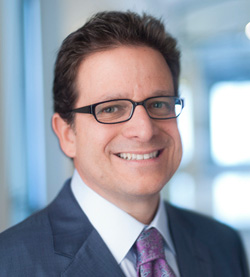 Mark Attanasio is the Co-founder and Managing Partner of Crescent Capital Group LP and Chairman and Principal Owner of the Milwaukee Brewers. Mr. Attanasio holds positions on several not-for-profit boards, including Heal the Bay, the Los Angeles County Museum of Art (LACMA), and Harvard-Westlake School. In addition, Attanasio served on the President′s Leadership Council at Brown University for a decade and is currently a member of Major League Baseball's Executive Council, Labor Policy Committee and is Chairman of the Investment Committee. He received an A.B. from Brown University and a J.D. from Columbia University School of Law.